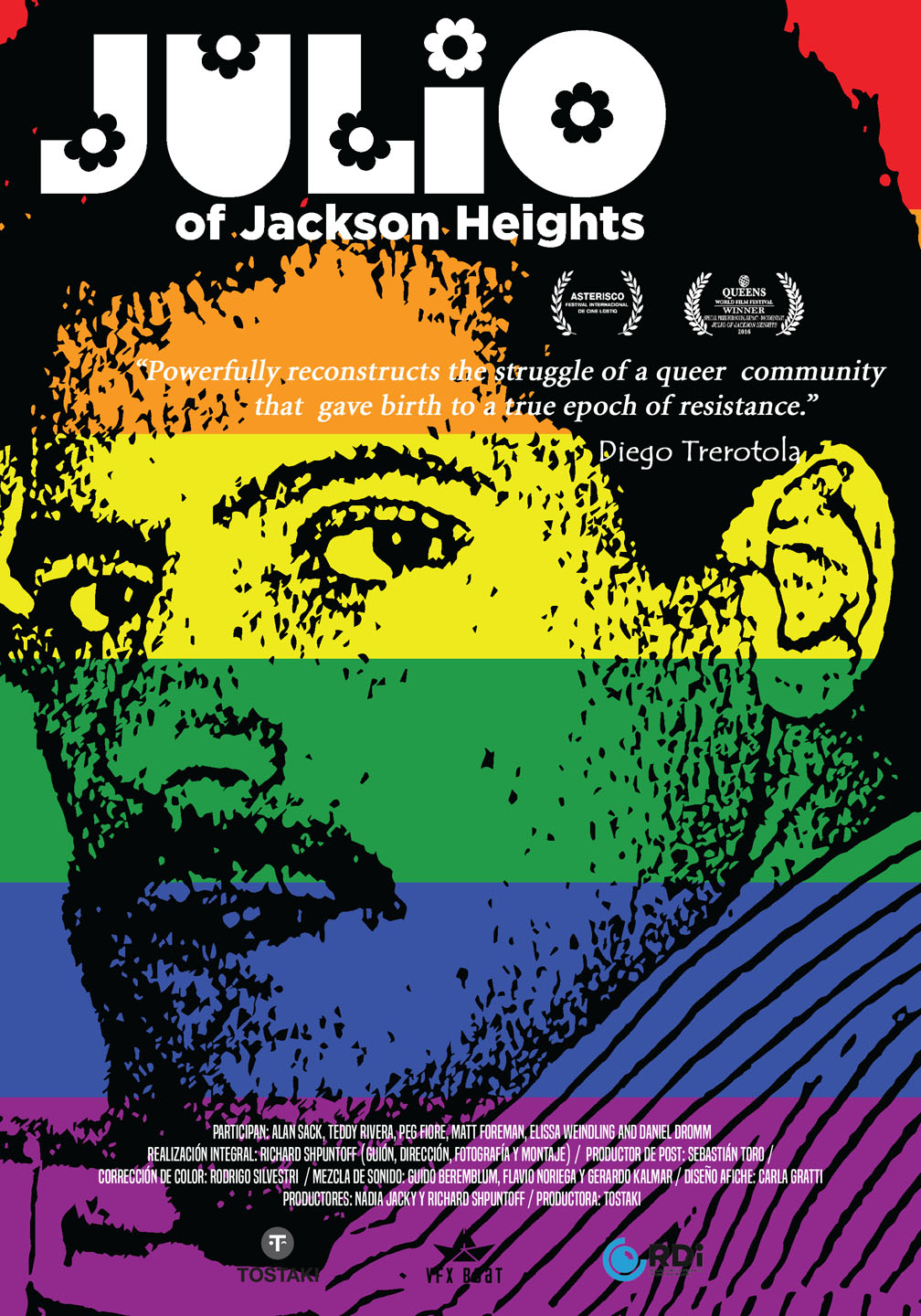 The murder of Julio Rivera marked a dramatic and powerful change for the LGBTQ community of Queens.

On the night of July 2, 1990, three young men in the neighborhood of Jackson Heights went out armed with a claw hammer, a plumber’s wrench and a kitchen knife, hunting for “a gay guy to stretch out.” After deciding not to attack a gay couple walking along the avenue because they didn’t “like the odds” of a three on two fight, they went to the P.S. 69 schoolyard which was well-known as a meeting place for gay men because of its shadowy nooks. There they found Julio.

The next day, the press didn’t report on the homicide, the police were looking to write the murder off as a drug deal gone bad, and the community wasn’t going to do anything about it: business as usual in Jackson Heights where, during the 70s and 80s, over a dozen murders of gay men had gone unsolved.

Julio of Jackson Heights is the story of how all this changed. It is the story of how a handful of people – Julio’s friends and family – decided that they would not accept the official police report, and learned how to organize, ultimately bringing their case to the attention of then Mayor Dinkins.

And this is the story of how this movement for justice for Julio Rivera became the foundation for a greater movement for equal rights that continues to this day. The movement has given birth to literally dozens of LGBTQ organizations and advocacy groups, the Queens Pride Parade which was the first LGBTQ pride parade in one of the “outer” boroughs of New York City, and ultimately it served as the platform for electing Queens’ first two openly gay candidates to the New York City Council.

Cutting between first person testimony of the events by the people who witnessed and took part in them and archival material, the film is an excellent resource for educators. Along with the specific story of Julio’s murder and the organizing that brought his murderers to justice, the film includes discussions of various topics relevant to LGBTQ studies, human rights, political movements, history and sociology. Topics discussed in the film include: LGBTQ life pre-Stonewall, LGBTQ militancy with organizations like Queer Nation, community organizing, and the role of Pride Parades as a form of resistance and a platform for social change.

To purchase a copy of the film, click this link.

To learn about related educational resources, click this link.

This is a text widget, which allows you to add text or HTML to your sidebar. You can use them to display text, links, images, HTML, or a combination of these. Edit them in the Widget section of the Customizer.